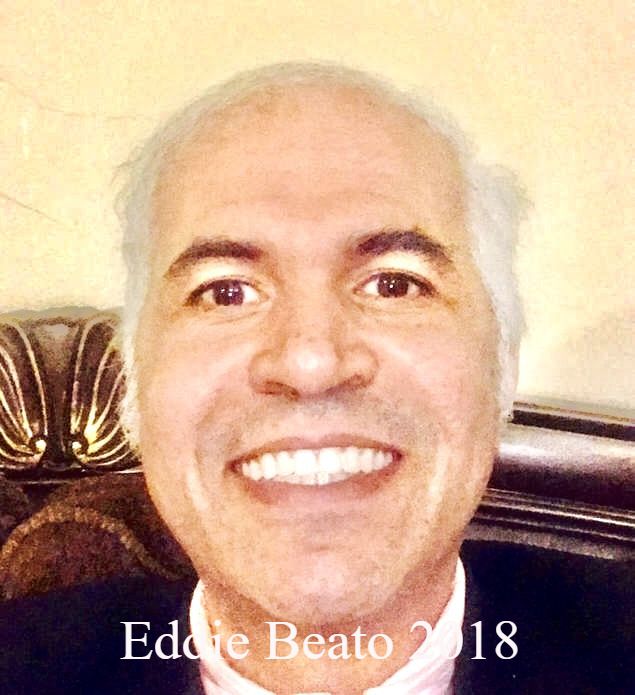 Eddie Beato plays the music of F. Schubert & R. Schumann:
At an early age, Ed. Beato displayed precocious talent for flamenco guitar, música de trio as known and cherished in the warm lands of Latin America, the clavier but also drawing trees, or painting landscapes, would become essential to his early incipient interest in aesthetics and the cultivation of artistic sensibilities. The bucolic lad was soon to be recognized as a curious child with a penchant for the arts, music and Mother Nature as evinced in some of his luminous peaceful landscapes paintings.

At age nine, he was under the tutelage of a Catholic Austrian priest, Fr. Carlos Mandley, who was in charge of preparing prospective young talents for the local church's services and liturgical music held every Sunday morning at the Sacdred Heart of Jesus Catholic Church (Sagrado Corazón de Jesus).
​
Eddie Beato Plays Johann Sebastian Bach - March and Musette from Anna Magdalena's Notebook 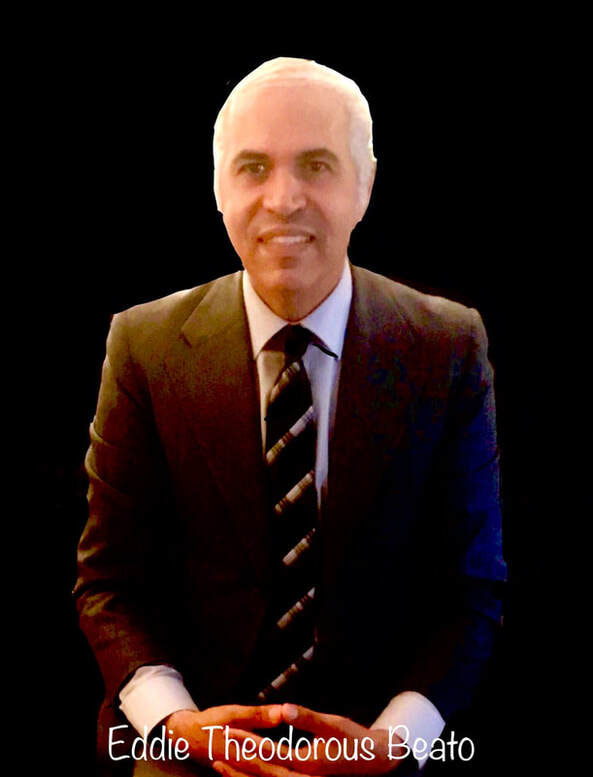 Beato's innate ability to play by ear enabled him to learn and transpose most of the hitherto unprinted folktown songs in vogue, both sacred and secular. Forthwith, at the early age of 13, Mr. Beato would hold the position of leading keyboard player and interim organist for certain masses at El Sagrado Corazón de Jesus (1983-1987), one of the most beautiful churches in the Dominican Republic.

In the genre of Latin Music and Disco Music, from 1983-1985, he was keyboard player and music-composer for the teen band Los Picaros (the Pranksters), winning first prize as the best Pop Band of the year with the catchy tune "Tamarindo" (1983, Santo Domingo, Cinema Centro).
During this time, he had been cultivating his piano formal studies and solfeggio, (Pozzoli and Eslava) as required for a solid academic footing at La Escuela de Bellas Artes de Moca, under the caring tutelage of professor Rafael Antonio Ramírez Fuertes​, music director.

Impressed by the Russian School of Pianism, in the winter of 1988, E. Beato moved to New York City to study piano and composition with Cuban musicologist Edmundo Lopez, an anti-communist, who had been following on the heels of the great masters of piano music, from Franz Liszt to Claudio Arrau, and from Rachmaninoff to Vladimir Horowitz.

World-renown Pianist Claudio Arrau, who was Edmundo Lopez' teacher, was heir to a great tradition bequeathed by Franz Liszt to a new generation of virtuosi pianists. Thanks to his favorite teacher, Ed. Beato had the opportunity to perform three of his original compositions to one of the greatest pianists of all time: Claudio Arrau!

Ed. Beato plays Spanish Rhapsody (based on popular Latin Folk Tunes from Chile, Venezuela, Spain and México):
His early original classical compositions and transcriptions for the keyboard or piano, i.e., Golden Stalactites (a.k.a., Hillary Clinton's Jingle), Last Supper, Spanish Rhapsody, among other miniature pieces in the genre of electronic music, are a concoction of motley elements, from the sacred to the secular, clearly display a penchant for Latin motifs, juxtaposition and tonality through complex rhythmic configurations and syncopations, thus achieving surprising climatic effects before returning back to the tonic (listen to Hilary Clinton Jingle's recurrent theme, and Merengue Tempo, middle movement of the Last Supper). 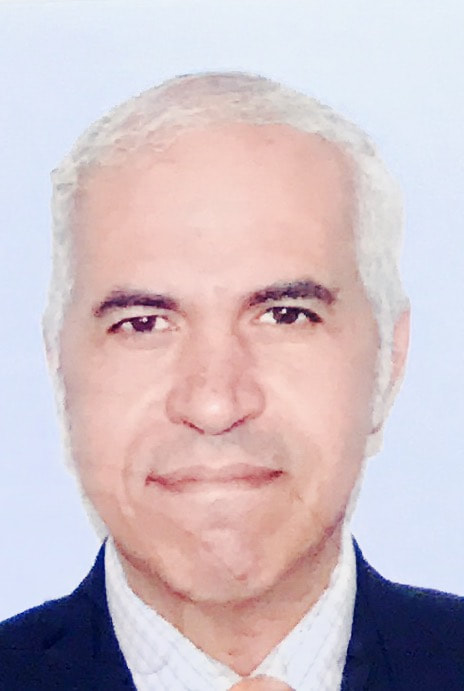 Tribute To Hillary Clinton - Composed by Eddie Beato - YouTube
Like the great piano virtuoso and French composer, Charles-Valentin Alkan, who rarely left his town, Beato prefers to compose and paint his landscapes quietly than an active touring career as a concert pianist.

Nevertheless, in the year 1989, and as part of an international summit concerning the toxic effects of pollution, global warming, and other cultural issues of common interest, Ed. Beato was invited as special guest pianist to play a concert at the prestigious International Hotel Jaragua, Santo Domingo.

While continuing his piano etudes and composition under the supervision of his private teacher and mentor Edmundo Lopez, Beato pursued further interests in the field of Jazz & Ethnic and Electronic Music at Mannes College of Music (1992-1994) and organ music (mostly pedaling technique) under the organist Ms. Aida Vasquez in the same school.

In 1994, his favorite piano teacher passed on mysteriously, and it would take Eddie Beato many years to really appraise the trove-treasure he had inherited from Edmundo Lopez, a lonely man today relegated to oblivion.

Indeed, Ed Beato felt that he had already received the necessary corner-stones to laying down the foundation of contemporary pianism.

Partly self-taught in certain genres and stylistic approach to contemporary ethnic music, Beato was also pupil to famous classical and romantic pianist Agustin Anievas (Brooklyn College Conservatory of Music) and under the humanist and musicologist Mr. Lopez, from (1988-1992), he would develop a penchant for autodidactic methods through rigorous self-criticism, painstaking experimentations, trials, errors and observations to perfecting his art techniques. Thus, by the year 2005, Beato has singlehandedly unraveled some of the uncanny painting secrets of the Pre-Raphaelite Brotherhood. Bear in mind that there are few methods extant on the technique of the Pre-Raphaelite Brotherhood.

In 2005, the Department of Conservation at Tate University, with a team of experts, and aided by the cutting-edge technology of the X-rays, claimed to have finally unlocked some of the secrets of the Pre-Raphaelite Brotherhood, but by the year 2004, Mr. Beato was already busy with his paintings, Precious Memories and Shanti, the quintessential summary of the Theory of Colors by Goethe: a must-have textbook for those subscribing to the painting technique of the Pre-Raphaelite Brotherhood. 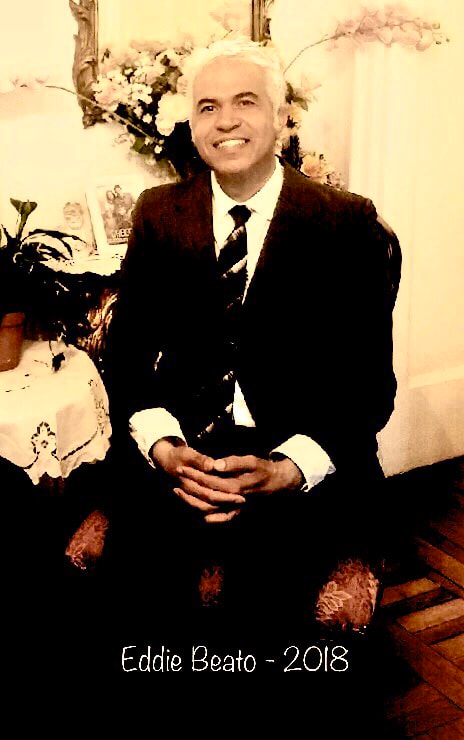 His composition, the Last Supper, like some of his chiaroscuro paintings, was simply an experiment on the uncanny effects of time on magnetic tapes. Moreover, before he recorded this technically difficult religious composition, he had already taken special interest in piano-sensitive-action-weight, 50 grams, which is the standard-weight for most Steinway pianos:

Eddie Beato plays the Last Supper after Leonardo Da Vinci - YouTube
Years later, Beato claimed to have found a method to producing "ghost-notes" with a careful manipulation of the sustain pedal through extremely rapid arpeggios and scales: these acoustical effects, however organic, are then recorded in certain magnetic devices or tapes. The result is alike surprising and delightful: a greater spectrum of baffling far-echoed sounds would resound from inside the Steinway piano's string board!

Ed. Beato's compositions and transcriptions for the piano, though rarely performed due to their fiendishly treacherous transcendental scales and arpeggios, would eventually win him some recognition in the All-Steinway-Schools (a documentary based on the making of a Steinway piano) featuring some of the world's leading music educators.

The All Steinway Schools
With his original compositions, the Last Supper, Spanish Rhapsody, Dantesque Etude, and other transcriptions for the clavier as his humble resume and profile, Eddie Beato is a promising composer-pianist-artist-organist in both classical and sacred music. 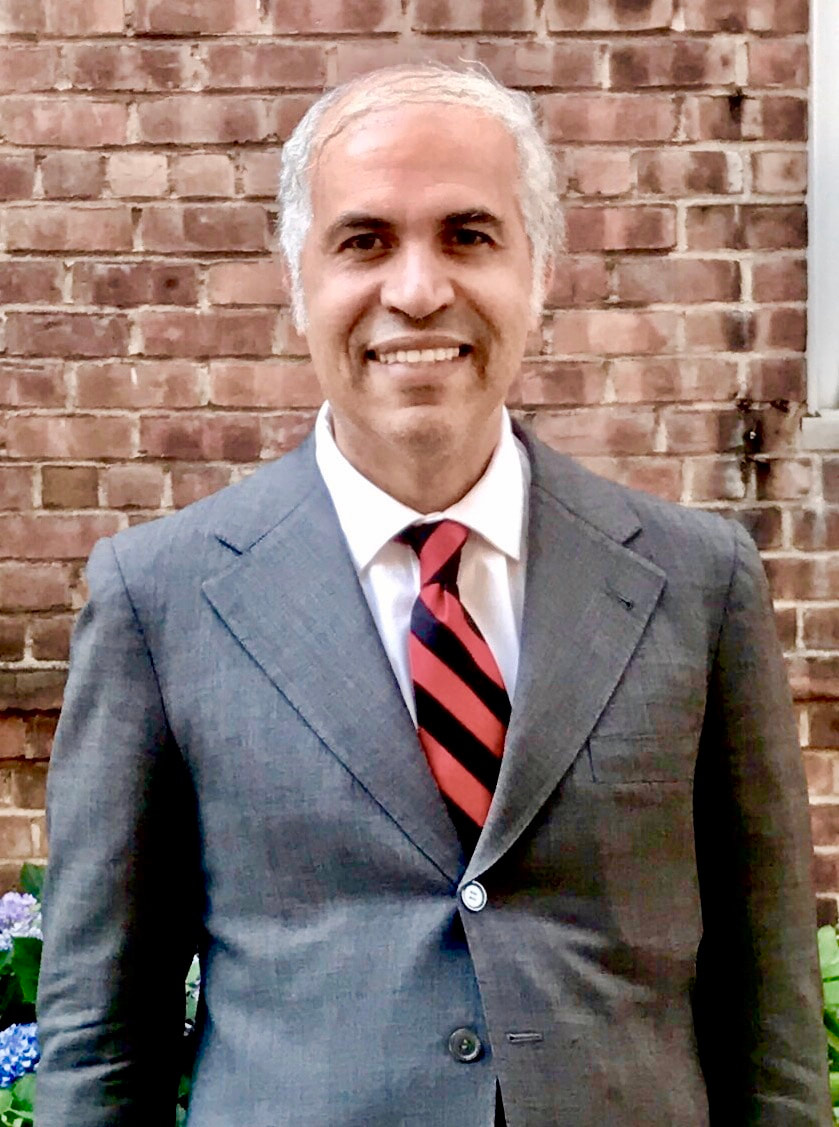 Back in the 90s, in the prime of his youth, Ed. Beato was a frequent guest artist at the Steinway Hall (All Liszt recitals, Rachmaninoff & Scriabin programs were quite often preferred by his friends).

Resident Artist at Holyrood Episcopal Church in NYC​
​
holyroodchurch.wordpress.com/music/
Since 1997, and living mostly in New York City, Mr. Beato has been music director and organist at various churches both Catholic and Protestant.

Without craftsmanship, inspiration is a mere reed shaken in the wind.”     Johannes Brahms 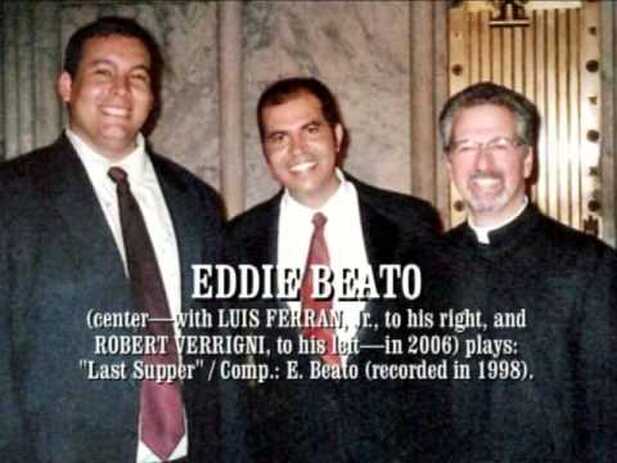