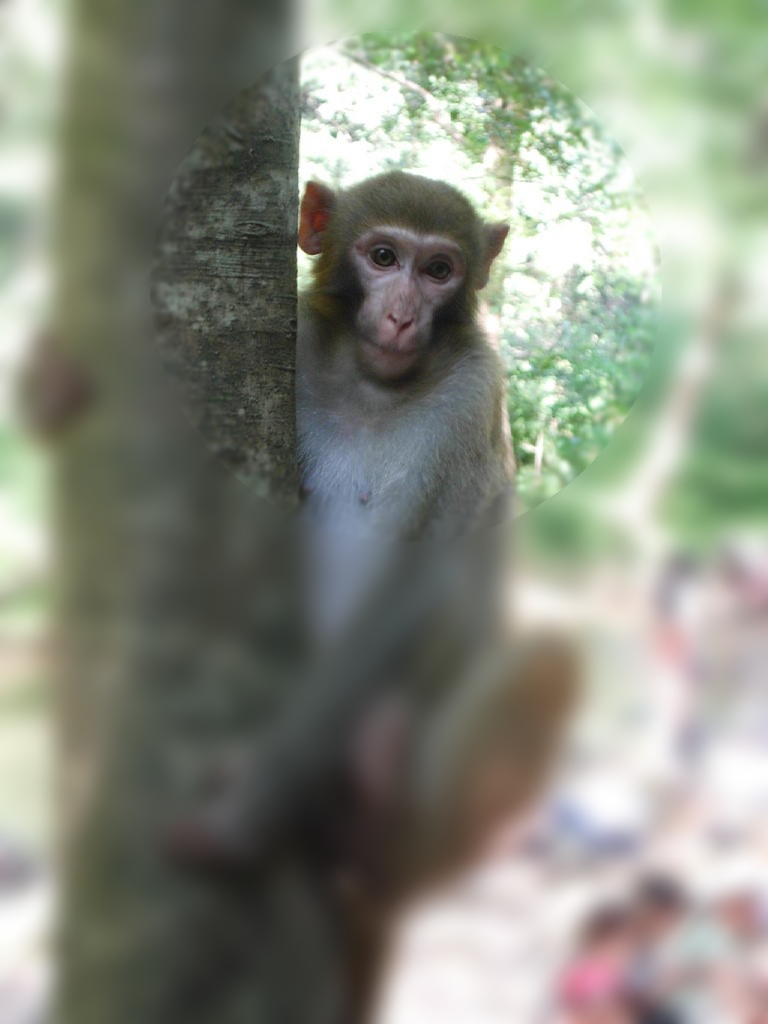 On How I found myself betwixt a brown-coated chimpanzee and a leaping frog.

This amusing creature was climbing a gnarled tree, and he was ever-grinning at some flashy horizon on the North: the United State of America:
My mind thundered with terrific thoughts of curiosity and joy at the sight of these two lovely creatures: a frog and a monkey!

What is there to be found across the ever-rolling streams of the blue ocean?

Smiling at me, the creature of our investigation made some outlandish gestures of feverish candor, patriotism, amicability and solidarity: America the Beautiful!

In total agreement, I released a gentle chuckle of joy in disbelief, for I knew that a "universal commonality" binds us all in the riddles of existence.  ​ 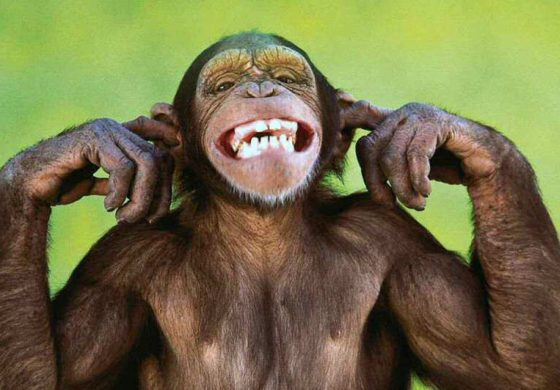 Making a most amusing grimace, the apish creature then summoned me to near further unto him, and I, without hesitation, fear or distrust, dared budge one step into this curious animal of modern society and civilization: un mono! 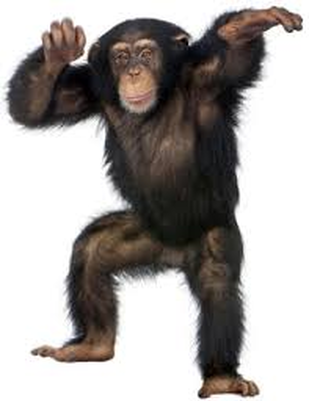 Like a cordial gentleman, and ever-pouting like a Gringo engaged in some political discourse, the little creature drew his forefinger into his lipped-twisted mouth, and then, ceremoniously, placed his right hand in his bosom: Star-Spangled Banner!
​
American Patriotic Songs and Marches - YouTube
https://m.youtube.com/watch?v=BJepYzH1VUY 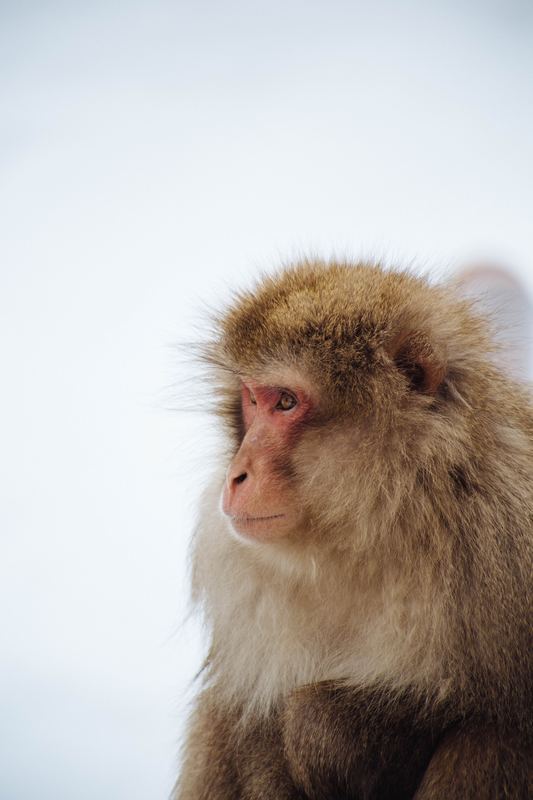 "Love binds us all my friend."

By heaven's sake, am I out of my mind?   This chimpanzee is indeed a marvel of intelligence and humanity!

Is it a Christian?

Invested with such agreeable fine gestures of civility and humanity, I realized that this was not a common citizen by any dint of rational inquiry.

After much solidarity, we both adjured our brief meeting with high-flown promises of loyalty and brotherhood in the quest of our true identities.

Finally, the patriotic chimpanzee, fixing his eyes on me, dismissed me with these last memorable words:

"Amigo, be always truthful to your roots, your motherland, the Dominican Republic, and never speak disparagingly of your beloved brothers and sisters."   ​ 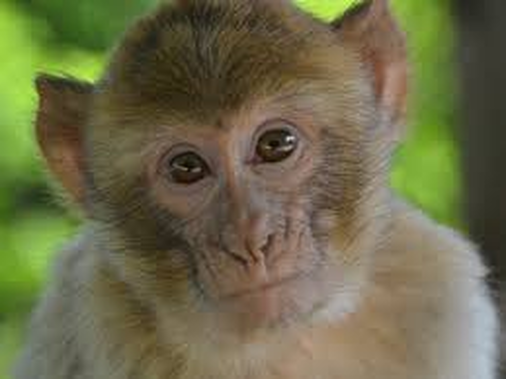 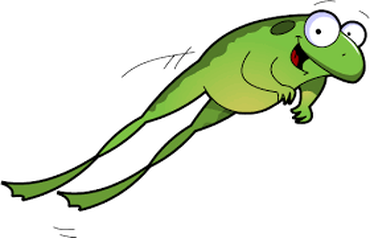 While setting foot at the John F. Kennedy Airport, I almost morphed myself into one of those ever-leaping frogs, for with snouting nose and outstretched legs, I have outraced my cousin cricket and the grasshopper.

In one these long-held leaps, I was left afloat mid air, breathless, and suspended with a morbid sense of torpor, vertigo and incomprensible sense of headed-vacancy, I was soon compelled to change the course of my destination: USA. ​ 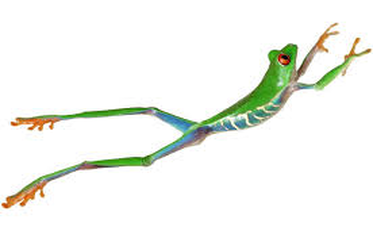 Destiny has something great in store for me:  a happy return to my former self.

My astonishment came when I tried to leap, four-legged, right across the front-loam of the JFK airport's thoroughfares. The many exiting doors and portal-gates,  oh boy, all seemed like a labyrinth of perilous mountain-caves, ledges, precipices, and thus I lammed headlong into a group of impatient German travelers.  ​ 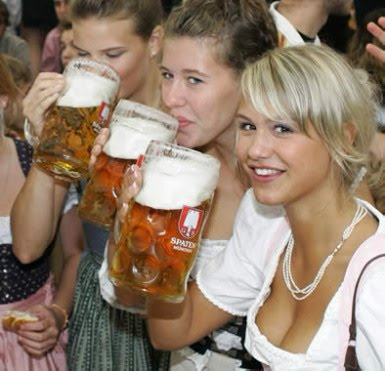 Their flight was late, and it appeared that some Germans were nipping time by the tail.  Turning back askance, they all fixed their curious eyes on me, and judged my behavior to be the source of much din & noise.

Nerve-racked with confusion but poised in the difficult separation of fact from fiction  --dream from reality-- I was a little bit concerned for my lack of civility, and quickly spruced up my physical appearance into a fine traveler.

At first, the German people's long white faces appeared devoid of smiles and joy, but some were soon wincing and smirking with surprising-delight, for in one of my leaps, I had shown myself to be a man full of glee, cheers, warm-heartedness and entertainment.

"Dear amigo,  where do you come from?"

I assured my friends that I was a mad Gringo from the Dominican Republic!  At this, some Germans, looking at each other in amazement, could not deny me a most cordial welcome in the ever-rolling fields of the John F. Kennedy Airport, Queens, New York.

Suddenly, a chortle of friendliness was released most cheerfully, but also an overt shred of curiosity was keenly felt among this crowd;  and thus I was soon animated to talk more about my travails in USA.

Dear comrades, I am a frog fond of adventurous flights, and I heard that USA is the ideal land for any cheerful denizen looking for entertainment.     ​ 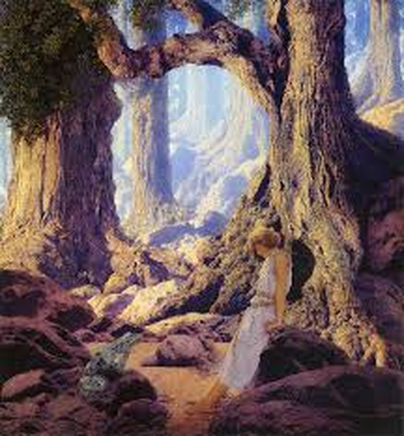 Like a stranded wayfarer, "an immigrant," seeking friends in foreign lands, I sought to put on some amusing Gringo-outfits. Mind you, I love vaudeville in Downtown Manhattan!  Perhaps a mask would suit me well?

An old woman who has been reading a dark-cover book, the Phantom of the Opera by Gaston Leroux, and whose time-stricken face still revealed the former glory of a striking beautiful woman, spoke to me in a formal clipped English accent:

"...During the day, I dance and giggle as an innocent child.  Counting morning stars across the blue mountain of my sweet infancy, I seem to experience an inner paradise in precious memories. But some nights, and I don't know the source of my angst, I would fret at the awful thoughts of those bats boring my being with sharp teeth.

These deceptive shades, stealthily, would then recede back into the dark swelling womb of night's unfathomable mysteries..."

Another young German man, and whose senile physiognomy resembled an older man brooding some troubling thoughts, seemed to have been moved at the old woman's sad cadence about aging: the meaning of those thoughts may haunt us all during the night, and they could throw us back in a state of apprehension and premonition.

"Bats, Monkeys, Homo Sapiens!    Dear lady,  if I behave like a mad man, please pray for me, for I am not alone in this distinguished company.

Like you, sometimes I also feel encaged in that little cave of human society; night and day, my mind seems to rattle with haunting thoughts of premonitions on the future of our civilization.

Some nights, oh my goodness!  I would wake up as though holding the Lamp of Aladdin, and a terrible genie ever-rolling up in filaments of smoke, would threaten to engulf my quivering being in the all-rending cleaving teeth of time.

Overtime, nevertheless,  a behemoth of perseverance may have grown used to every fancy of ontological perspective, but also a little hideous ghoul of self-negation may have been growing under my feet.  This little monster of alienation could devour me whole."

Meanwhile, out of the crowd, I heard the gurgling English of another German citizen,  a dapper handsome man, he had an uncanny witty sense of humor while mocking other people's behavior.  He assured us that he was a docile beast of civilization:

"...Dear ladies and Gentlemen, I am an honorable citizen. Nothing like a noble barbarian, the difficulty lies in keeping the little beast tamed in the pouch of the human heart!"

At these last words, and to the astonishment of every one present, I jumped from one line to the other, and almost fell headlong into a group of penitentiary travelers drawing carts loaded with all kinds of burdensome baggages, and other strange cumbersome appurtenances. These latter amigos were travelers from Colombia, Venezuela, and Mexico, the sweet lands of Mariachi and Serenatas!

Like a madman transformed into a domesticated beast of civilization, I went on to salute my other comrades in this wonderful journey!

May I be a biped straddling two distant lands?

"Yes!"  Replied some impatient German people while making the most hilarious faces conceivable! 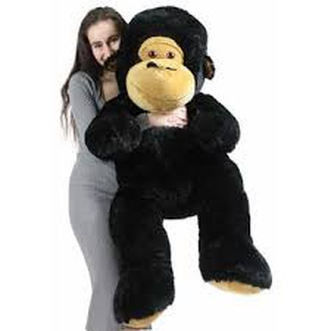 Pleasing my friends, I walked around while rousting my flanks, and with an apish look that was the source of much laughter and entertainment, forthwith, I stuck my tongue in the language of the German people.

Have I talent?  What do you think?  Am I a Homo sapiens?

And all of a sudden,  I contorted my visage like a cat licking its forepaws, and with squinted eyes ever looking at the German crowd, the Mexicans, the Americans, I drew myself backward against a wall separating the spacious aisles of the Airport.

"...I am happily appalled at your exquisite sense of savagery and refinement." Thus said a beautiful German woman.

A suspensive silence pierced this atmosphere suffused with a barbarian intoxication with the writings of Frederick Nietzsche. Slowly, and ever looking around me with suspicion,  I resolved to squat down on the floor, totally overcome with this morbid sense of nihilism and ghettoism...

There, atch! by the steaming piles of humanities, I laid down my cumbersome loads, till a well-mannered Gringo, Mr. Tom Smith, while making muzzling lips of approval in disbelief, tapped my back to congratulate me.

"Stupendous!  Amigo, you are a funny creature of civilization."

Thus, my new outfit, a monkey, would fare well with Los Gringos, for they are rarely hostile towards a foreigner with a penchant for comedy and entertainment.
​ 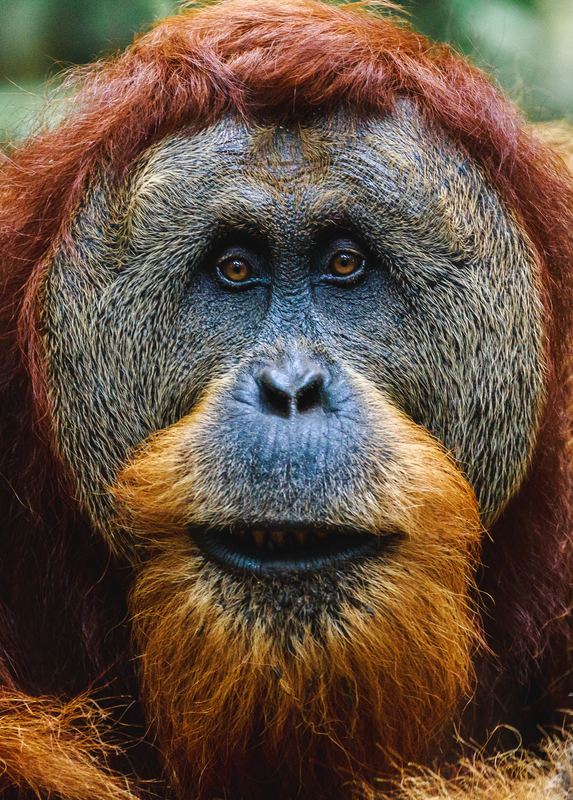