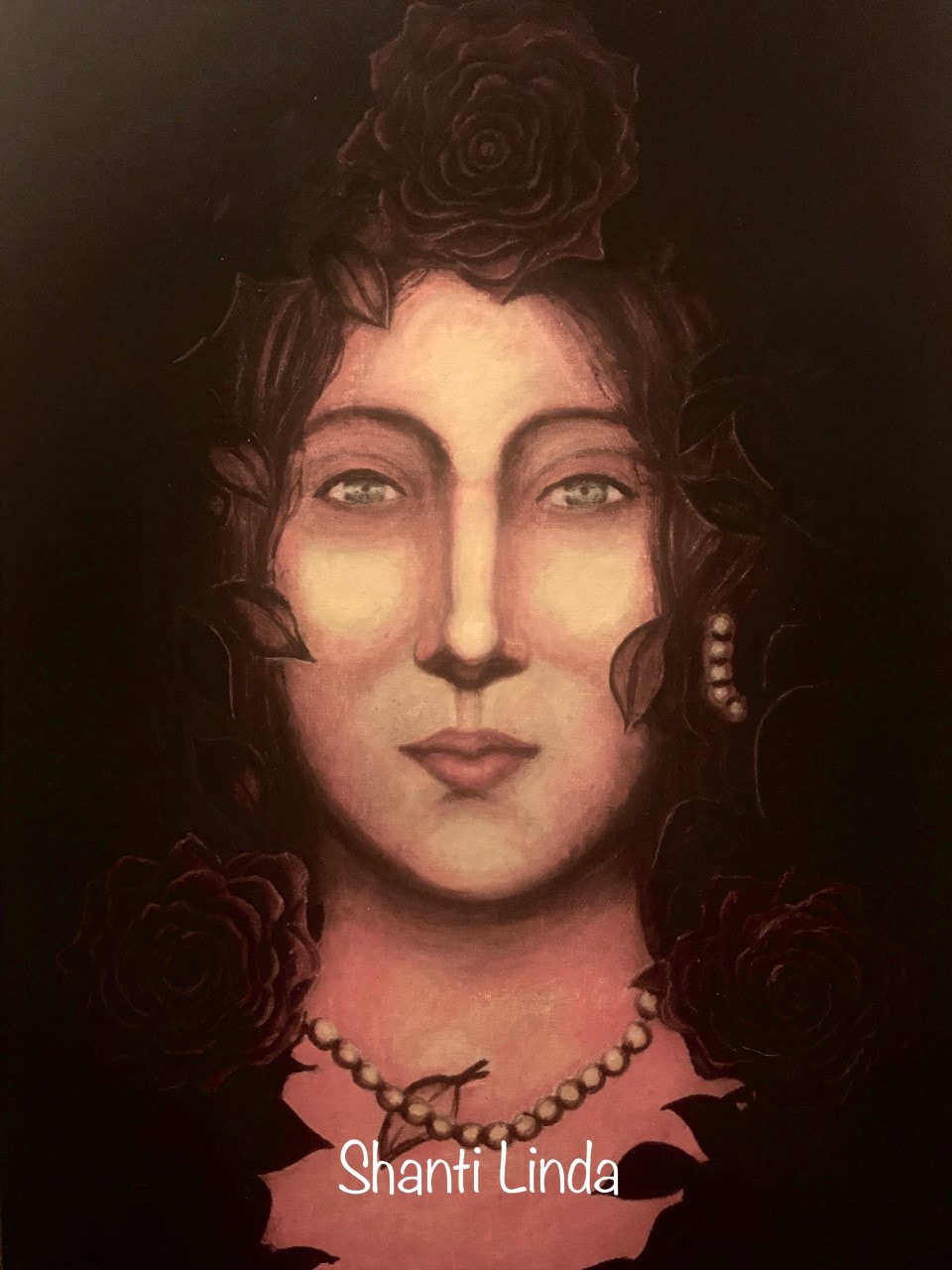 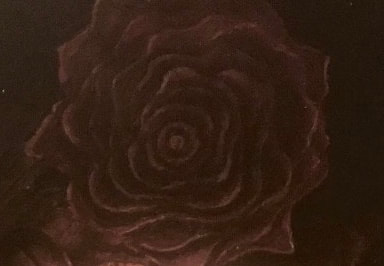 From my own experiences, chiaroscuro paintings are the most technically demanding for any artist, dead or alive, and this is the main reason why Salvador Dali's religious artworks are so highly praised.

His name, often associated with surrealism, is, of course, a trend-mark of prestige in the art-world establishment, but I think Dali's remarkable technical virtuosity, coupled with his multifaceted writings and flamboyant personality, could still win him a notable position regardless of promotion or advertisement.

What lends value to many a work of art, like books, could be one of marketing, fad or genuine artistry, but the latter is always a matter of subjective considerations, and for the most part, its due recognition is to arrive   belatedly.  True, what is good and universal, would ultimately win the approval and verdict of posterity.

History has taught us, and this is unfortunate, that the most creative minds, whether a poet, an artist or a philosopher, would rarely reap the fruits of his or her labor while alive.  While posthumous fame may still be more preferable than a quiet existence relegated to oblivion,  "Solitude," I think the satisfaction of our works could still compesate regardless of worldly merits or recognition.

Henry D. Thoreau, for instance, though he did not live long enough to reap the fruits of his labor, the Walden Pond and Civil Disobedience, was a blessed soul with a cheerful disposition towards the inner streams of his exuberant heart. His lush paradise was to be found from within, and that's what lends true value, meaning and puissance to all our earthly strivings.

Are my prices beyond expectations?

Let us see feasibilities and availabilities, and what would be fair to a time-consuming artist and a fine client, a connoisseur, seeking classics rather than the roisterous carousel of fad and fashion.

Original vs the Litograghic Picture:

As you may know, original paintings could be cast into litographs, and though lithographic representations are said to be scarcely above the paper-picture or photocopy, one can still feel the texture, brushtrokes and oily surface glaring beautifully to our heart-content.

Precious Memories, for instance, could be cast into a fine lithograph, and thus be sold for just a few hundred USDs ($156.00 plus framing $150.00) but if the client has the resources to purchasing genuine work of arts, then why be content with an inferior simulacrum of the original?

I hope you are still interested in purchasing one of my original paintings, because once you see them in person, they are even more beautiful.
Socrates Donned In Modern Attire Oil On Stretched Canvas, Life-Size: 40.75 x 69.5'' (Price $7, 500.00) 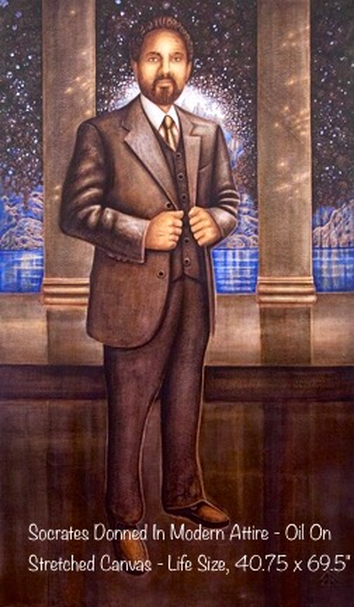 Precious Memories, Oil On Canvas, 28 x 36'' after Goethe's Theory of Colors (2005) (beautiful golden frame) - Stunning Light Sensitive Painting!  Painted Solely with Transparent Colors, could glow like glassy windows in a church! It is not for sale. 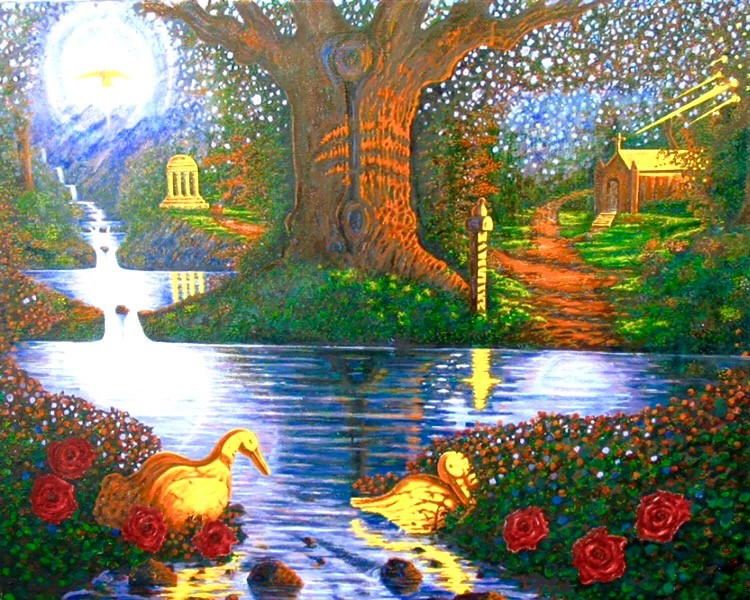 Paradise Lost, Oil On Canvas (size at a latter point).  ​ 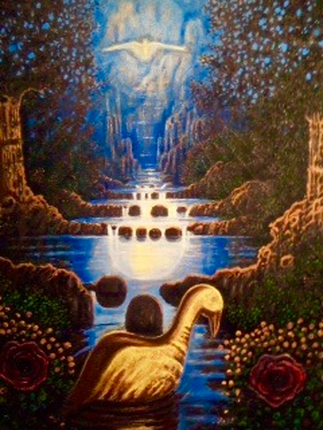 The Philosopher, Oil On Canvas, 24 x 36 (Price: $11,500.00): The necklace, Wisdom of Age, is pure gold, and the painting has its own golden frame. It was executed after the self-portrait of Albrecht Dürer. 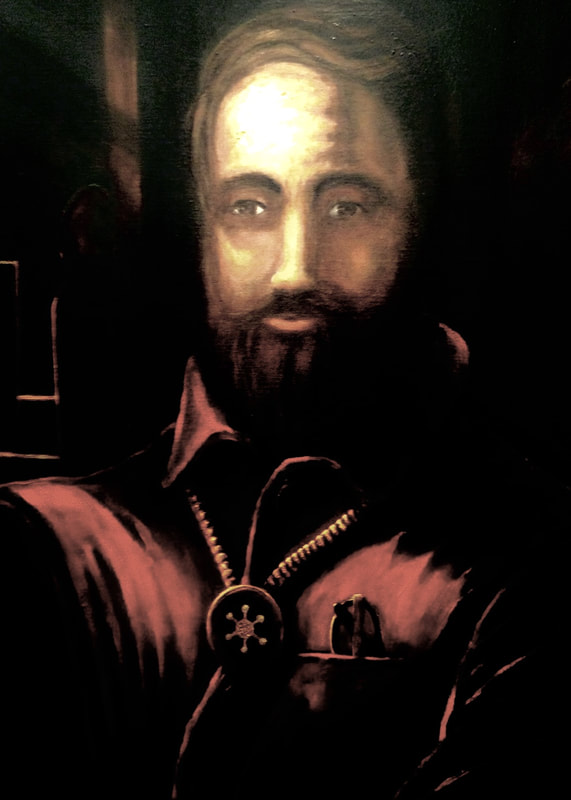 Done a la Italianesque, sfumato and chiaroscuro, this lady, Ave Maria, could be my Mona Linda!  After Salvador Dali, it was painted with transparent colors!!! 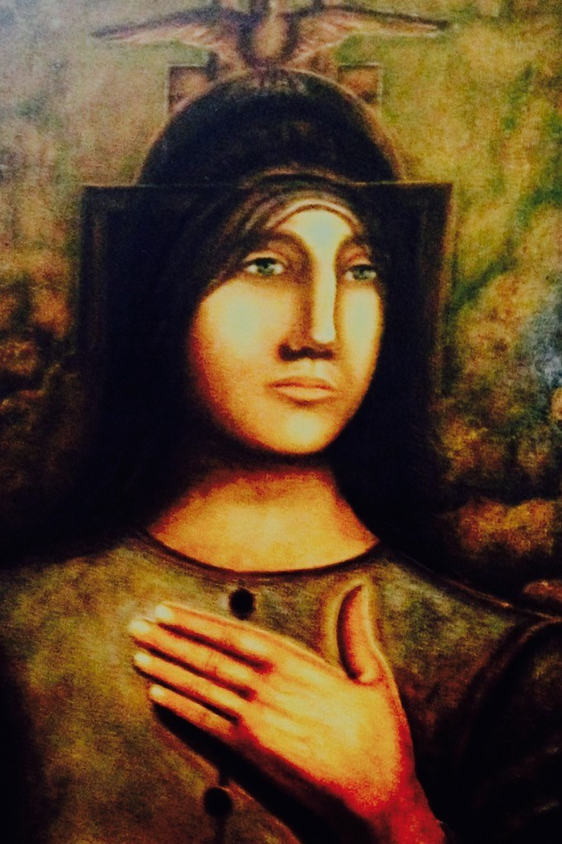 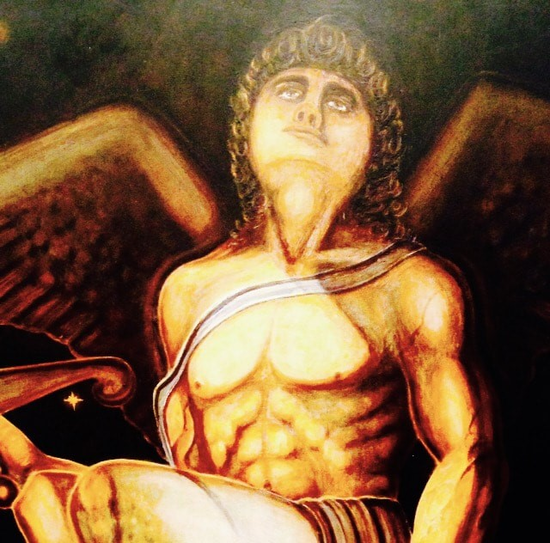 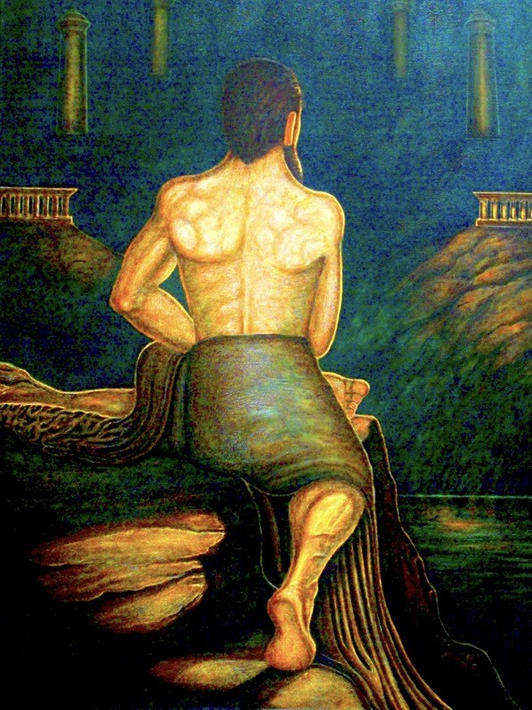 Study On Angels (could be cast into Life-Size Painting): ​ 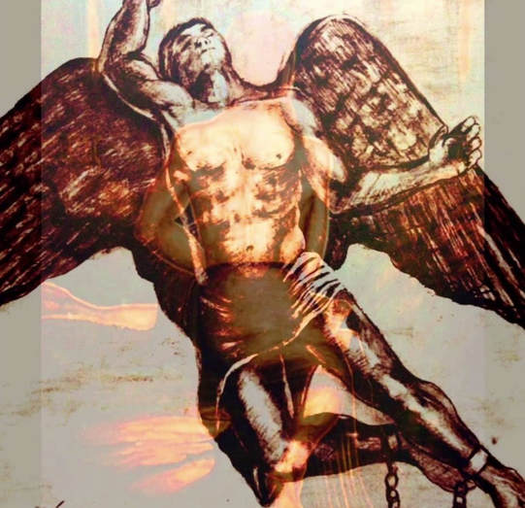 A friend guitarist, Yily Nelson, is selling this original oil painting.  Only a reputed connoisseur could tag a price to this gorgeous painting. 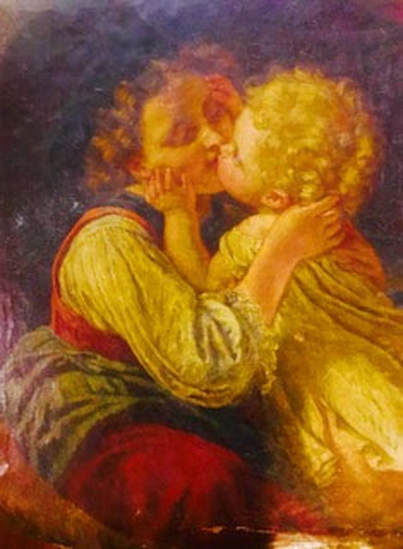 What lends value to this old painting is the beautiful composition, subject-matter, "draftsmanship and chiaroscuro," could attest to be the original artwork of a great master (Classical period or the Neo-Classical period, 1800th century).

Back in the 40s, the Nazis seized countless artworks from Jewish art-dealers and collectors living in Germany, Austria, Poland and France.  Some Jews, fleeing persecution, took with them veritable masterpieces whose values and fate could only attest to the heart-moving verses of Carmina Burana by German composer Carl Orff: O Fortuna! 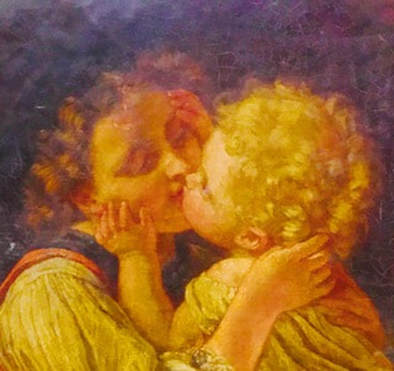 In some instances, due to ignorance or sheer negligence, original artworks (from the classical period) are thrown in the dumpster as worthless appurtenances of former immigrants.
For more information, please, do not hesitate to contact me at (917)-689-5149

183 West Pinehurst, is a beautiful enclave of former German, Austrian-Jewish immigrants.
Be Careful When Selling Your Artworks Online:

Online bidders and auctions, replete with clever people, may compromise the value of quality, honesty, genuine artistry, and kitsch artworks, as fake ones, are sold at ridiculous whopping prices.

On the other hand, artworks and items are sometimes auctioned at very low prices, and then, at a latter point, are advertised at very high prices.  ​ 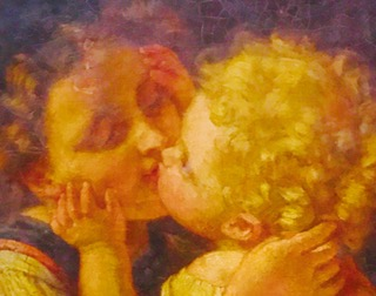 Connoisseurs, aware of the incredible dishonesty of the art business market, could purchase genuine artworks (of the highest quality) at very low prices from people desperately needing cash.

Unquestionably, the Internet is good for profits, but it is rife with fraudsters, con artists, swindlers and scams. 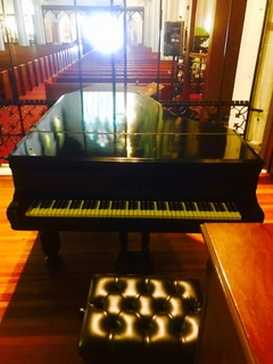 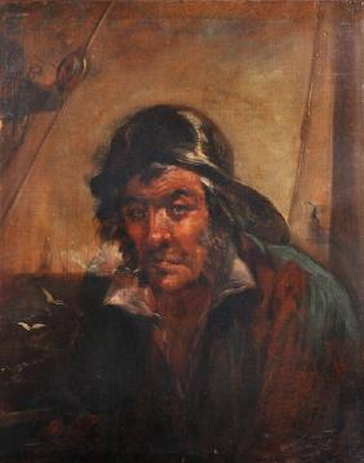 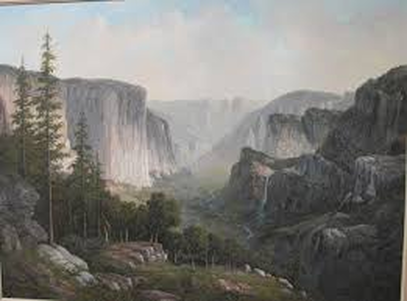 In all likelihood, these are fictitious buyers, swindlers and clever bidders, whose goal is to auction original paintings from famous classical artists, and then would resell them at whopping ridiculous prices in Europe and Asia.  Classical artworks from the eighteenth century, with the revival of the classics, have gone up in value.

What I had just read from a representative on behalf of the Wilton Gallery is indeed disheartening, for they wish to auction an original painting for just a few bucks.  Even the frame is worth at least $200.00, but the painting itself is worth little.

Classical Artworks from the Eighteenth Century Are Going Up In Value:

For instance, an angel, property of Michael Jackson, by French artist W. A. Bouguereau, which back in the 90s could be purchased at prices ranging between $200,000 to $300,000, is now worth more than a Million dollars USDs, and the prices, will go up in years to come. 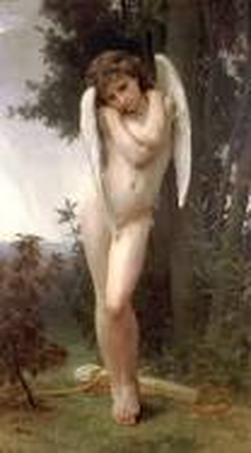 Little known artists from Latin America living in USA, with less prestige and the glossy varnish of an eighteen-century classical French artist, could sell their canvases at thousands of dollars through the right venues, promotion and galleries.

E. Ponthier, however an obscure artist today, is an artist from the late neo-classical movement heralded by W. A. Bouguereau, and in all likelihood, they knew each other.

Why are prices and values of such classical artworks so compromised with online bidders paying so little for the item? 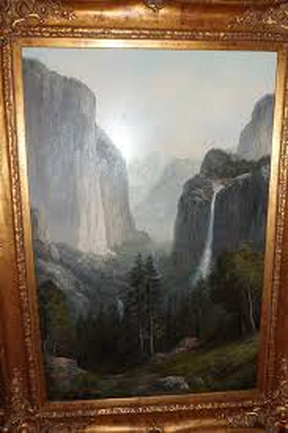 Though the auction is opened to any bidder, the prices and bids are questionable, and they could be tagged to the same cabal or "connoisseurs," whose goal is to resell the item at much higher prices. The bidders, connoisseurs, within a few years, could then readjust the prices at their online market competitive values, and thus make ludicrous profits on classical artworks currently advertised at just a few hundred dollars. 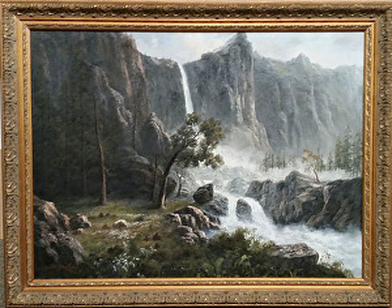 How is this possible?

E. Ponthier (American) - MutualArt - Another Bio - Which Is Doubtful
https://www.mutualart.com/Artist/E--Ponthier/592D4B5AB603F0BD

Cuidado Con Vender Tu Obra a Estos Bidders: They all belong to the same cabal (scam or scheme):