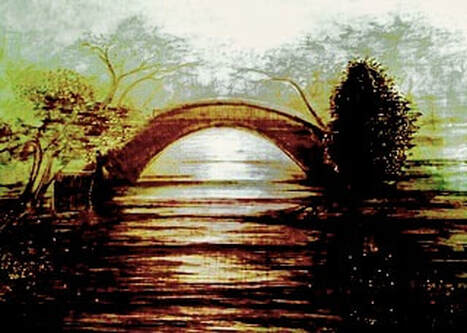 Drawing should be traced on the canvas (tracing paper):

This drawing should be used as reference, otherwise our subjective mind could lead us astray. However useful, I don't use photos for some of my painting(s), because, after looking at a photic picture over and over again, it may impose itself on my idealized landscape. 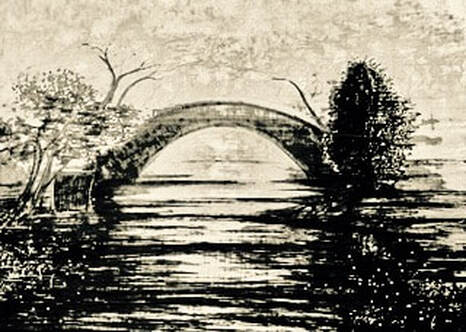 2-* Second Step: ​
​
Imprimatura with a Warm Color:
​
Now, apply a thin coat of Brown Ochre, and work on the imprimatura. Wipe out, or define the highlight-areas with a piece of clothing.
​
The background (lovely buff-hues of brown ochre): the white of the canvas would be "slightly toned down," but it should be left "untouched" for luminosity. 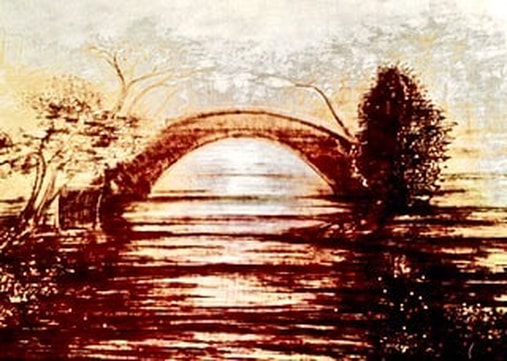 ​Please, paint twigs, splinters and tiny leaves with a small brush (slightly drenched with mineral spirt). Upon completion, apply a thin coat of transparent white (plus tints of Neutral Sennelier + Olive Green) over the background to "increase the illusion of depth."

The background (buff, or warm hues): I always allow the white canvas to should through (it is the first rule of the Pre-Raphaelites).

The white of the canvas should be left untouched for luminosity.   At a latter point, you may block-in again with brown ochre, the main color in the scheme of things, to set the mood (temperatura) of the daytime
4-* Fourth Step:

Contrast and Juxtaposition of Warm and Cool Colors! ​
​
Are you pleased?  Now start working on the darkest spots with burn umber + brown ochre. 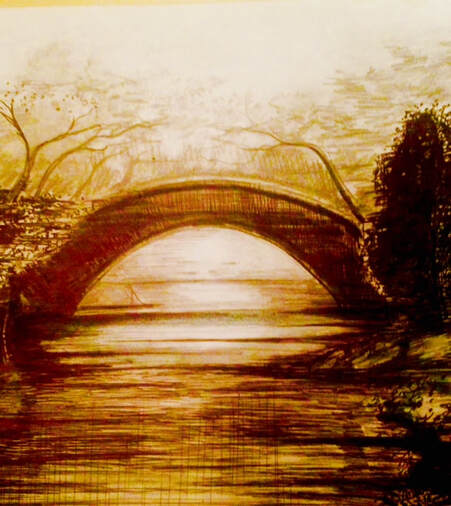 Mood of the Day: I am Glad! ​​
​
Now, start controlling the mood and temperature of the day with a thin coat of Neutral Sennelier plus little hearty-beats of Olive Green-Tints for an in-depth sense of verdant pastures or "far-receding foliage". These dark-green colors would make your friend adore you forever!

You may continue retouching foliage, twigs, branches and woody splinters with pinceladas of Olive Green and Burn Umber. 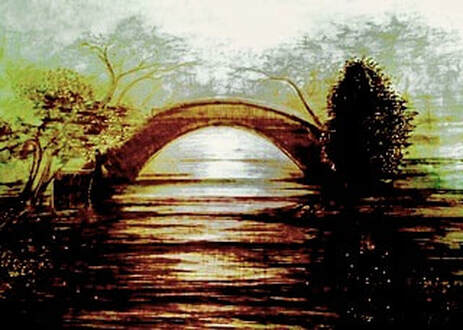 Continue adding contrasts, but also more detailed foliage in the foreground, but don't overdo it.  Be careful with very sharp contours, they may affect the "sense of expansiveness."  Like a wise thinker, allow every form to partake of the peaceful atmosphere.  ​

Mind you, the darkest spots should be found at the fore-ground: ​​

​​Atch!  The middle-ground is too dark, and this mistake is irreversible: 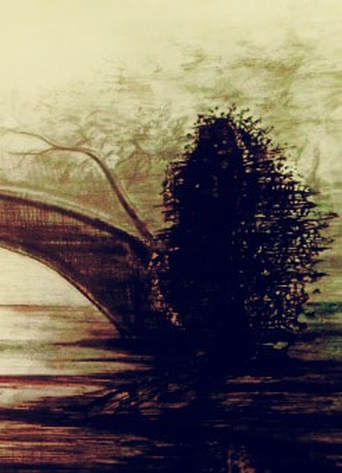 Like a master, now start blocking-in with glazes of Neutral Sennelier for the illusion of depth in the foreground!!!

You any add tads of Emerald Green mixed with Olive Green in the foreground for saturation: ​

​Under the bridge!!!
​​
Find the spot where you wish your light to shine brightest (behind the bridge of love).

Mind you, like a great poet, do not ruffle the idyllic scene with too many accidents, but rather, create a pleasant transitional graduation of dark-areas to lighter ones as befitting the toned-mood of your artistic sensibilities. 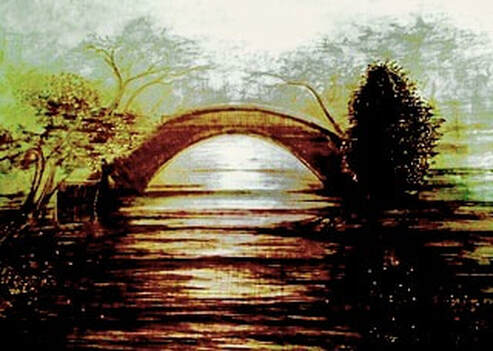 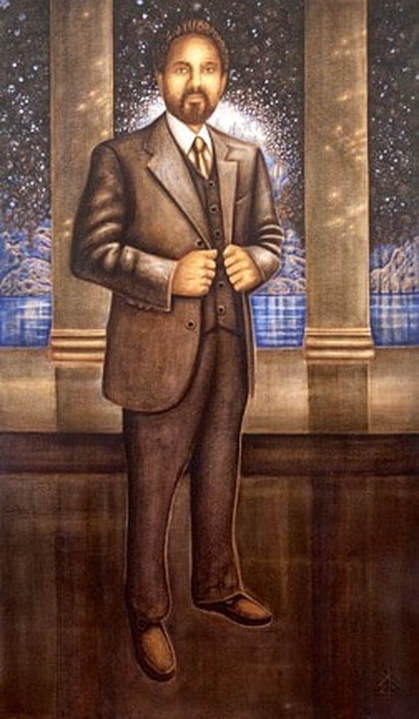 1-* First Step:
​
I would trace the drawing on the canvas with tracing paper, and then seal it with acrylic white paint. 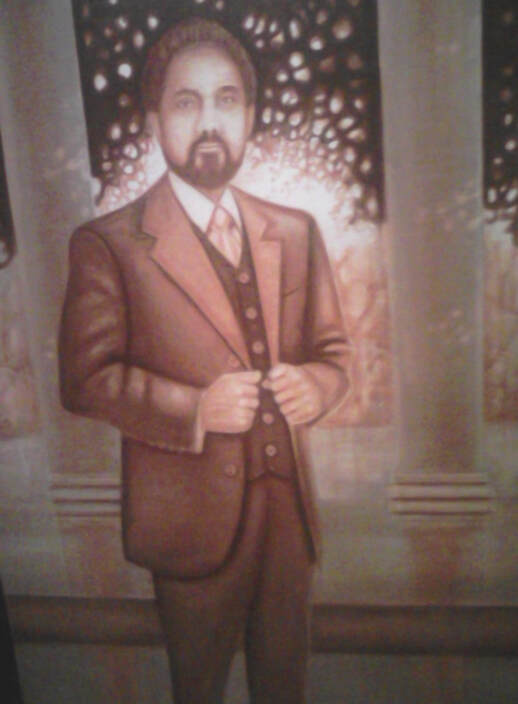 2-* Second Step:
​​
I blocked-in with Brown Ochre.  Once dried, I would continue modeling and re-modeling with more Brown Ochre, Burn Umber (for stronger shadows) and neutral shades of Sennelier (neutral).

Having used Liquin medium and Turpenoid Mineral Spirit, I would let it dry for a few days, and then would start painting with Ultramarine Blue for the water in the background, and Ultramarine + Neutral Sennelier (for the marble columns) to creating neutral areas for light-spots. ​ 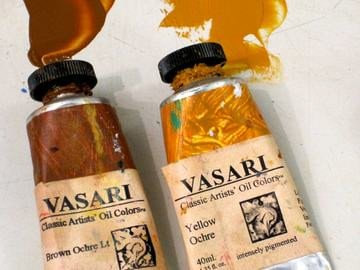 Once the drawing is fixed on the canvas, I would wash the painting with the same color (Brown Ochre) over and over, till the surface would shine very fiery and intense a glare. At a later point, I would reduce the Intensity with Neutral Sennelier + Ultramarine Blue.  Notice how Socrates seems to appear natural within the surrounding atmosphere in my studio. 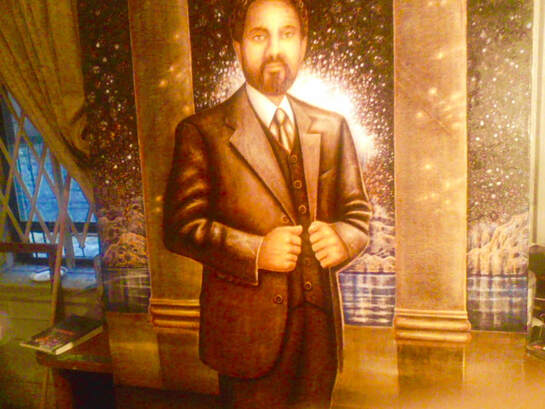 Reducing Intensity (color-temperature: minus or plus) with neutral senelier + ultramarine blue.

Neutral colors would welcome light with gladness. Therefore, here and there, contrive for neutral areas in your paintings!

Following the advice of Maxfield Parrish, I would seal every layer with a coat of varnish.  This thin layer of varnish would prevent colors or pigments from becoming sullied or muddy due to chemical mixture. The mixture ought to be optical.

​​Coat of Mart Varnish Between Layers 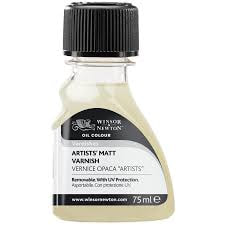 I continued modeling with neutral shades of Sennelier + Ultramarine BLue till I was pleased!

I would add tad tints of Ultramarine Blue and Yellows and Oranges:

At this point, I would paint the Light-spots with Yellow Ochre + a Tad of Cadmium Yellow and Titanium White. 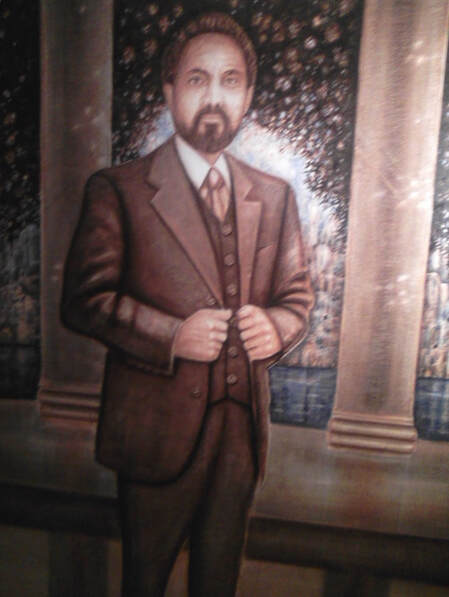 Adding Light and Working On The Face:'
beards, ringlets...eyes!
At this point you ought to zoom-in with a tiny brush for details. 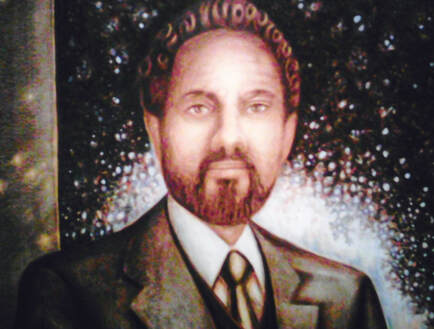 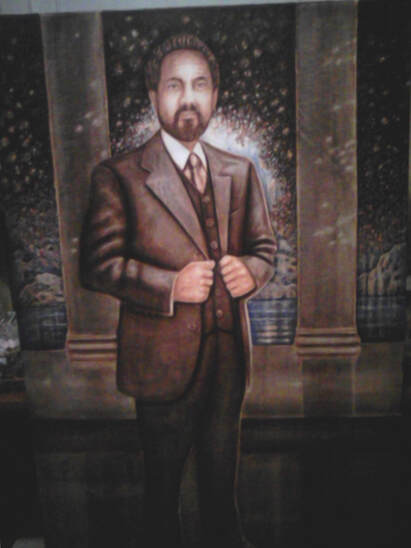 After a few days, weeks or even months of rest, with a clearer mind and free of toxics,  I would cheerfully finish the painting with highlights, shadow-accents, and subtle glazes with transparent Sennelier.

The background's lovey stream  was painted with thin glazes of ultramarine blue. 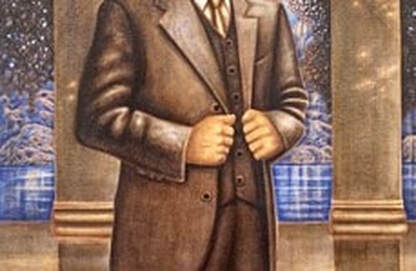 7th*- Step - Fine Tuning!
​
Three months may seem like a lot of work for a single painting,  but it was not so much about painting as it was much about cleaning and cleaning the living room and the brushes.   ​ 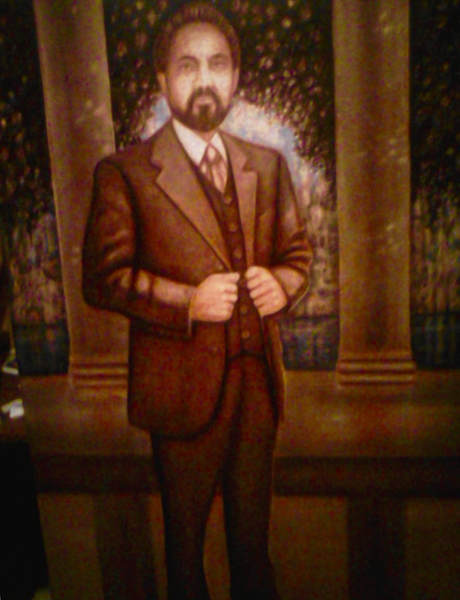 For oil painting, I normally use a fast-drying medium called "Liquin" which I mix with Stand Oil.  Stand Oil dries in two or three weeks,  Liquin medium dries in two hours.  With Liquin medium, Leonardo da Vinci could have painted La Mona Lisa in just a few months.

How do I paint marble convincingly?

Hmmm, it is a secret.  I cannot reveal all my secrets, then you would paint better than me. 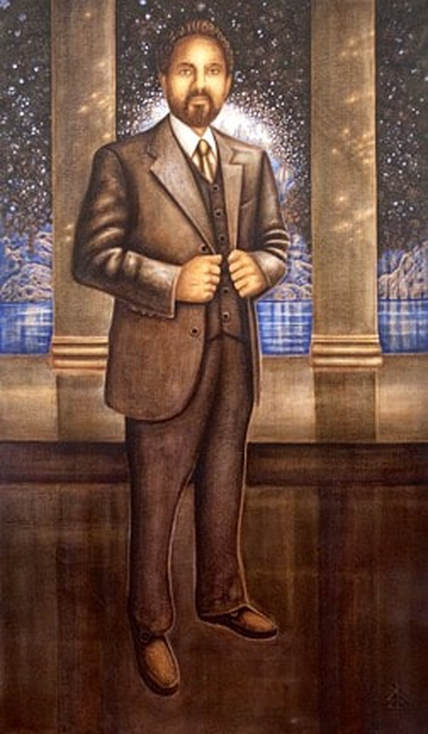